On this page we share some of the History of our buildings. Many thanks to the local Historians, who did much of the research for us, and for Longford Library and Heritage for giving permission to include some of their historcal video's.

Situated on the site of a 15th century Dominican Abbey, at the town end of the Battery Road, is generally believed to date from c 1710. It was altered c 1780 & extended between 1810 & 1812  (to designs by John McCleland, Architect, 1757 - 1839)  to accommodate many of the soldiers from the nearby Army barracks.
The current church replaced the abbey which was built c 1400 by direction of Domhnall O’Farrell, chieftain. The graveyard would date from that time, and served all denominations until 1893 when formally closed by the local authority. Later, further land was purchased and Church of Ireland burials recommenced to the rear of the church building. 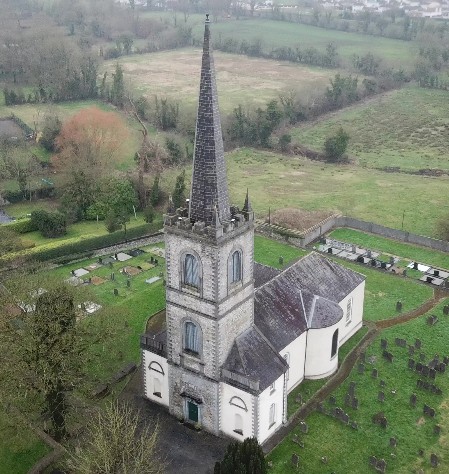 The oldest existing dated memorial outside is from 1717. Among the graves are many veterans of various wars fought during the 18th & 19th century, the most notable being that of Sergeant Joseph Ward (1832 – 1872), who received the Victoria Cross for bravery during the Indian Rebellion of 1857.
There are numerous unmarked graves including many reputed to be from the Great famine period of 1845 to 1848.
Cast iron railing on limestone wall along the road frontage thought to date from 1864 replacing an earlier stone wall boundary.
Inside the church on the right hand side, on the wall over the baptismal font, is an even older memorial stone to Rev James Sterling (1619 -1694). He was the rector of Templemichael C of I parish from 1660 until his death. His daughter Isabella married Capt John Achmuty MP (1649 – 1722) of Newtownflood, Co Longford. The Achmuty’s were a prominent family in Newtownforbes.
Other associated buildings
St John’s Hall ( otherwise Church Street Hall)  built 1864
Sexton House – in ground of church to the left hand side
St John's National School established in 1885

St. Paul’s Church, in the parish of Clongish, Co. Longford,  is one of the most significant churches in the region. The original church was built circa 1694 by Sir Arthur Forbes, 1st Earl of Granard of Castleforbes Estate. The architect was Robert Johnston of Aberdeenshire in Scotland. The first Earl died in 1695 and was interred in the crypt beneath the church. 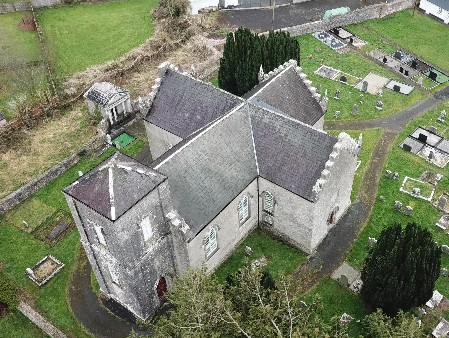 In 1820, the present church was rebuilt to the design of John Hargraves and features early Gothic Revival/Scots-Baronial influences. The church with its cruciform structure features a two storey square tower, fully enclosed timber box pews, private galleries, a two-tiered pulpit, wall memorials including the Forbes /Hastings/Rawdon hatchments as well as many examples of fine plasterwork. The surrounding historic graveyard contains headstones dating back to 1698 and all are recorded on http://historicgraves.com/newtown-forbes/ld-spnf- website and are also available in the publication St. Paul’s Historic Graveyard by Doreen McHugh and Desmond Mooney. Some historically notable people associated with St. Paul’s include the Gaelic poet and writer Charlotte Brooke and the great-grandparents of cryptologist Alan Turing who developed the first computer and broke the enigma code. Also associated with the church was William Fraser Browne, nicknamed ‘Horsey Browne’ , who played rugby for Ireland between 1925 and 1928 and whose father was the rector in the parish for 32 years.
Visitors are most welcome to visit this historical and spiritual church in the heart of Newtownforbes.
Other associated buildings
Parish Hall in church grounds
Clooncumber Chapel of Ease
Want more information?
A published book of St. Paul's Historic Graveyard is available to purchase. Please contact us for more details. 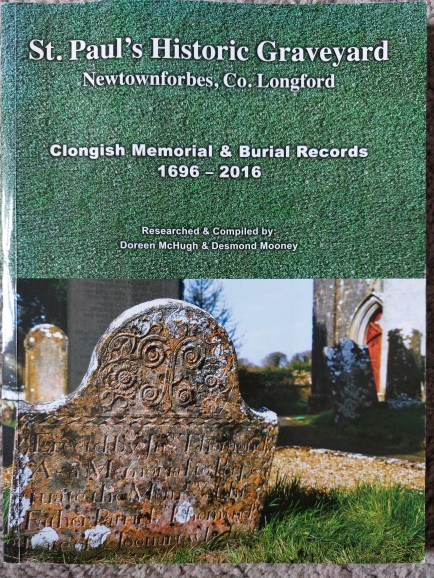 The first Vicar recorded for the parish of Ballymacormick was Rev. Richard McCarmyke, who was the rector there until 1550.
In 1827, during the ministry of Rev. Henry Maxwell (later to be titled Lord Farnam) the current building was built on the site of an earlier church.
It is believed that Ballymacormick was used as an overflow church for the garrison in Longford at the time when it was rebuilt. 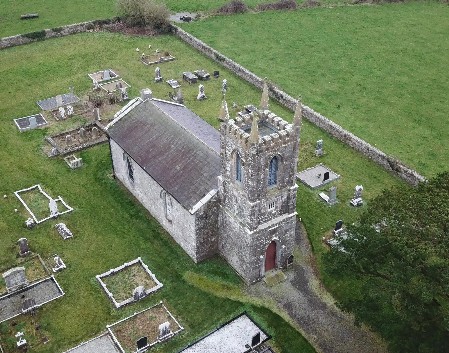 In 1871 the parish was joined to Kilashee parish and more recently was rejoined to Templemichael Parish (St. John's Longford). There is evidence that Templemichael and Ballymacormick were first joined around 1673.
Material sourced from "Our Churches" BB Booklet from 1983.

Built in a Board of First Fruits hall and tower form, with Gothic and Tudor Revival style influences.  It was ‘ rebuilt’ in 1837 by aid of a grant of £1211 from the Ecclesiastical Commissioners (Lewis 1837). The architect responsible was probably James Welland (1798 – 1860), architect to the Ecclesiastical Commissioners (Tuam District) at the time. The previous church was described as 'so old that date and cost are uncertain (Irish Parliamentary Returns 1837 - 1833 description). The earliest legible grave is dated 1710 (McCutchin). 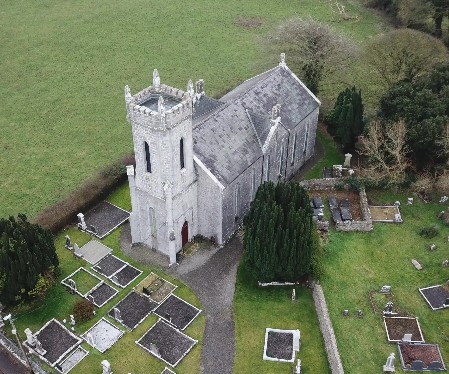 The presence of early grave markers (and the early rector) suggests that the present edifice occupies the site of an earlier church building. Indeed, there is a much smaller ‘hall’ type church indicated here (on a slightly different alignment) on the 1838 Ordnance Survey first edition six-inch map of the area. This building forms a good pair of related structures with the associated rectory and is an integral element of the built heritage of the Killashee area.
Matierial from the National Inventory of Architectual Heritage. Click the link below to go to their website and find out more.
Back to content